The weather in Vero Beach is one of the main attractions of this area. You can lay in the sun on 33 miles of beaches at least 300 days a year.
True, it rains at least a little 115 days of the year, but most of the county's average annual rainfall of 50.2 inches falls on sultry, mostly sunny summer afternoons--just in time to cool the air and freshen the spirits. A balmy 73 degrees Fahrenheit is the average year-round temperature. In January, the temperature averages 62 degrees, in August 81.5 degrees.

For more specific information regarding weather, wind, rain as it applies to each month go to the following site.
http://www.city-data.com/city/Melbourne-Florida.html

Another nice thing about the climate here is that it does cool off at night as compared to the more Southern parts of Florida. In Melbourne for example, we see a 20 degree drop day to night whereas in the Keys it averages 10 degrees.
All in all the weather here is great.

Despite four devastating hurricanes in 2004, the number of Florida visitors rose 7% to an all-time high of 79.8 million last year and is on target to hit 80 million this year. Florida tourism generates about $57 billion annually and employs 912,700.
If you live on the coast you stand the greatest chance of having one affect you. Some areas of Florida have gone fifty years plus without one but you never know.

In my opinion, the best thing you can do is buy a home that was built after Andrew-August 92 that was built to stricter building codes. Have window protection and a backup generator and make sure your insurance is up to date. If they ask you to leave, do it!
Realize-If you live in an older home that was not built up to the stricter building codes (After Hurricane Andrew-August 1992) or you live in a mobile home you stand the best chance of having major structural damage.
Living on the beach in a mobile home is asking for it. Although you may never have a problem, you’re still definitely taking your chances. Barrier islands and open-water beaches are the most prone to damage.

For current information about hurricanes go to

National Hurricane Center
For climate info by areas go to

Having said all this, I can’t imagine living elsewhere. It is really great to wake up and it’s sunny out. We spend over half our lives indoors…so when you do go outside, wouldn’t it be nice if it was warm and sunny? 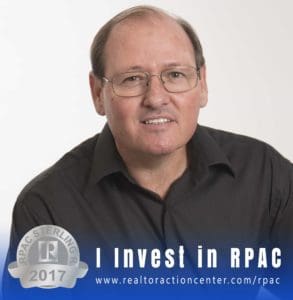